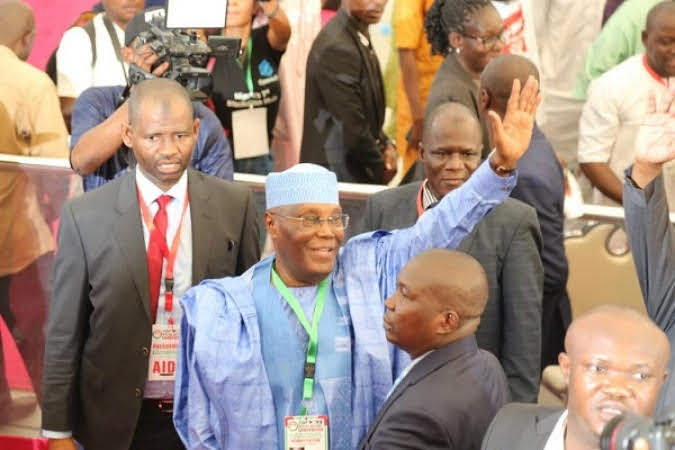 He said that while the party would have loved to have the endorsement of the former Nigerian leader like he did in 2019, the party was comfortable with the numerous endorsements from Nigerians across the country.

Speaking on “Kakaaki”, that AIT Television programme on Monday, Aniagwu, who is also the Delta State Commissioner for Information, said Obasanjo is one leader that enjoys respect across the country but the party is quite happy with the endorsements it has received from Nigerians which could be seen from the different rallies held thus far.

“We have organic convergence of Nigerians in all our rallies and at the end of the day their vote is what matters than any other thing.

“We would have loved to have Obasanjo’s endorsement just like he did in 2019 when he endorsed and supported Atiku Abubakar because he believed that he had what it takes to take Nigeria out of the current situation.

“Democracy allows you the latitude to make choices and he has made his own choice and we do believe that most Nigerians are already making their own choices and from what we have seen Atiku is already favoured to win this election.

“We don’t have any problem with Obasanjo endorsing anybody because that is his democratic right and you can’t take it away from him but Nigerians at the end of the day will make the ultimate choice of who governs them for the purpose of recovering Nigeria from where we are at the moment,”

Aniagwu said the party would not begrudge Obasanjo for the choice of Obi, rather it will buoy the party to intensify engagements with relevant stakeholders across the country.

“The PDP Presidential candidate Atiku Abubakar, his running mate Dr Ifeanyi Okowa and indeed our presidential campaign council are not ruffled because we do realise from the beginning that we are going into a contest.

“We knew it wasn’t going to be a roller-coaster and that is why we have continued to interface with Nigerians across the six geopolitical zones.

“In this contest, nobody is an underdog and we do have respect for all candidates contesting this election but we do believe that we stand taller than any of the contestants.

“We are convinced that Nigerians would likely look in our direction because our presidential candidate and his running mate have got the credentials to be able to position our country and recover it from where we are at the moment.

“So if a former President under the PDP has decided to pitch his tent with another person is not something that will ruffle us, it will only strengthen us to further deepen our interface with Nigerians for them to understand that where we are headed that Atiku-Okowa are the only ones that have what it takes to lead Nigeria out of the woods,” he said.

The presidential campaign spokesman said he was happy that Obasanjo in endorsing Atiku in 2019 made it very clear that Atiku has got the experience and described him as “the President for the time”.

“I don’t think anything has changed from his views about the capability of Atiku to address the many challenges confronting us today, the challenges have become more severe which requires a man that has got the experience and candour to be able to deal with these issues.

“Our brother Peter Obi was a member of the PDP until not too long ago before he joined the Labour Party, so we do not begrudge him if he now enjoys the support of former President Olusegun Obasanjo.

“Most Nigerians do know based on the records of Atiku Abubakar and his running mate Dr Ifeanyi Okowa in the last seven years that these are the individuals that have what it takes to be able to address the challenges of today.

“Atiku has got the reach both nationally and internationally to unify Nigeria and put it on a strong pedestal in the comity of nations and we are very much convinced that Atiku towers far above other  presidential candidates and that is why we are looking forward to Nigerians endorsing us because theirs is the ultimate,” Aniagwu added.

On the threat by G-5 governors to pitch tent with another presidential candidate other than that of the PDP, Aniagwu said the party would continue to appeal to them to sheath their sword and join hands to deliver on its rescue mission.

He said Wike’s actions in recent times are inimical to democratic norms and ethos and pleaded with the Rivers Governor to respect the democratic rights of citizens of the state to freely support their preferred candidates without hindrance.

“We will continue to plead with our leaders who are members of the G-5 because we believe that working with us will smoothen our ride to Aso Rock Presidential Villa.

“We also recognise their democratic rights to make choice but as they do so they must recognise the role the party has played in their lives and that is why we are asking them to sheath their sword and return home.

He urged Governor Wike to thread softly in Rivers, adding that his recent actions strangulating opposition views in the state was not good for democracy.

“Governor Wike has to a very large extent progressed in error and we will continue to plead with him that this democratic journey is very important to Nigerians and as such it will not be tolerated by Nigerians for him to continue taking actions that are inimical to the growth and development of democracy in Nigeria.

“Revocation of Certificate of Occupancy of those who tend to have divergent views with him is not in line with democratic norms and principles.

“Hounding members of the party that don’t agree with him is not also in line with democratic ethos and so while we allow him to have his own choice, he should respect the rights of those who gave him the power which is of course transient and would be over in 5 months time.

“If Wike doesn’t like Atiku and Okowa he should think about what the party has done for him right from when he became Chairman of Obiakpo Local Government Council to becoming two time governor of oil-rich Rivers state.

“Let him respect the fact that the party has done well for him and return home to help the party to win the election.

“This is important because where we are now is not a period for acrobatics but a period to begin to rebuild, recover Nigeria and doing so we need to march together in one accord as members of the PDP which is the only party that is well positioned to lead Nigeria out of the woods,” he stated.