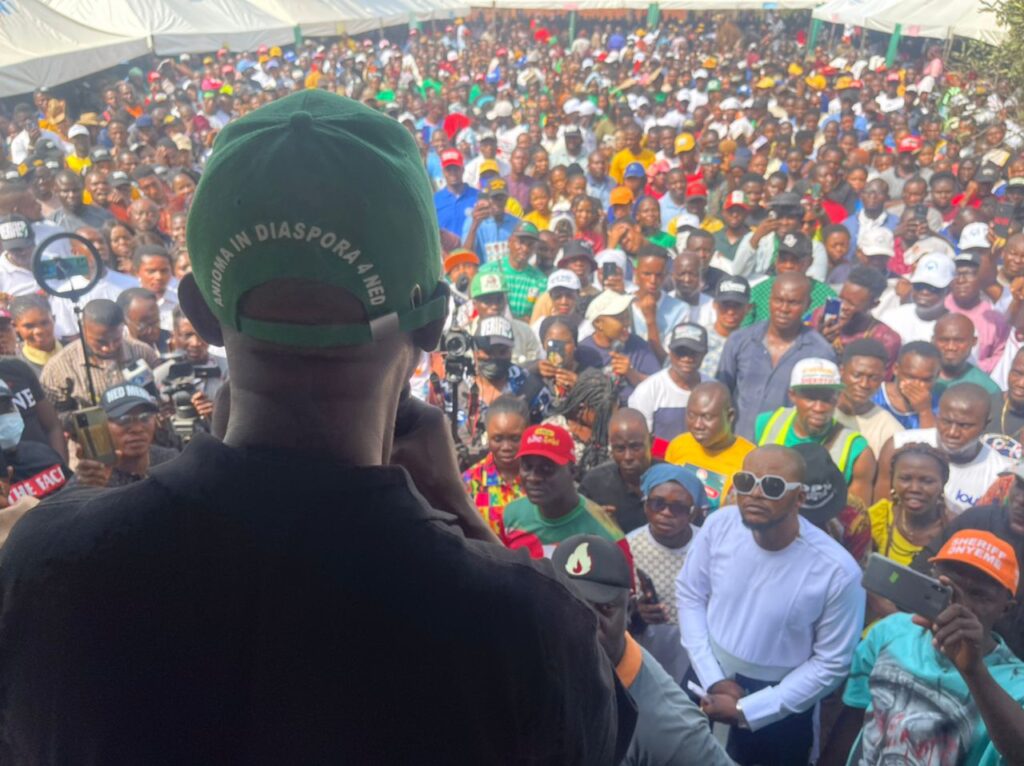 The Idumuje-Ugboko country home of the Delta North senatorial candidate of the Peoples Democratic Party, PDP, for the February 2023 general election, Hon Prince Ned Nwoko, on Saturday January 7, played host to a mammoth crowd of youths from the nine local government areas of Delta North, also known as Anioma.

The youths numbering over ten thousand were at the massive and architectural masterpiece Mount Ned Resort for the Delta North Youths Assembly, organized by the senatorial candidate as promised during the PDP ward to ward Campaign to chart a course for Anioma youths.

Prince Nwoko said the meeting was not about himself, but to inform the youths of the big opportunity ahead of them with Delta State Governor, Senator (Dr.) Ifeanyi Okowa, on the verge of making history as the first Anioma son to become the Vice President of Nigeria.

He stated that his quest for the senatorial seat of Delta North could only be beneficial to the people with PDP in the Presidency and in control of Delta state, covering all elective offices .

The foremost Anioma philanthropist pledged that if elected, he would collaborative with the three House of Representatives members and nine House of Assembly members in Delta North to articulate and address the developmental needs of Anioma people. He hence appealed to the youths to vote for Atiku/Okowa, presidency, Sheriff/Onyeme, Governorship, himself, Ndudi Elumelu, Victor Nwokolo, Nnamdi Ezechi ,House of Representative,as well as the nine PDP House of Assembly candidates in Delta North.

Nwoko who is the founder of Sports university, Idumuje -Ugboko announced that he was working on a proposal for the establishment of a Youth Development Agency in Nigeria .

The senatorial candidate said the proposed Youth Development Agency would empower no fewer than five million youths across the country, in the first four years of the PDP administration.

He explained that the beneficiaries, each of whom would receive N50m in three instalments, must be entrepreneurs of not less than two years in business, with registered business names and bank accounts, and advised the youths of to vote PDP and be prepared to benefit from the unprecedented package.

Nwoko accompanied by his Nollywood celebrity wife , Regina Daniels Nwoko and their son , Moon,informed the youths :

“Let me reiterate like I have always said in the various local government areas visited during campaign rallies. I will work towards achieving an environment that is conducive for the youths to excel in their chosen vocations.

“Nigerian youths are very hard working and creative, but the dilapidated system of governance in the country has continued to dwindle their efforts. No conscious effort has been made by successive governments especially, the present administrations to pull Nigerian youths from the threshold of abject poverty. Hence, I have taken it upon myself to push a bill that will benefit not just Anioma youths, but all Nigerian youths at large. 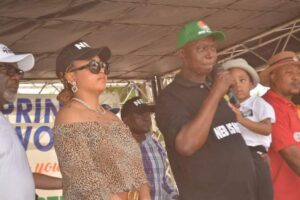 Prince Nwoko and his child, left is his wife and Nollywood star, Regina Daniels.

“I want you to trust me . If you really know me, I don’t make empty promises. Together with Atiku/Okowa presidency, this empowerment for Nigerian youths would be achieved “ Nwoko assured the youths.

Also speaking, the member representing Aniocha North in the State House of Assembly, Hon.Emeka Nwaobi ,who is seeking a return, said PDP Candidates would guarantee a better future for the youths and called for their total support.

The various speakers enumerated development needs and challenges.
They described Prince Nwoko as a man with a large heart and easily accessible leader of impeccable character, assuring him and other PDP candidates of the votes of Anioma youths