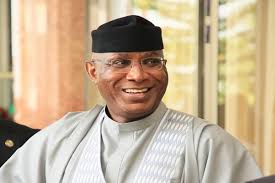 Director General Of the National Biosafety Management Agency (NBMA) and APC Leader in Delta State Olorogun Dr Rufus Ebegba KSJ, was in Delta State to lead a campaign train and also joined the party’s candidates on campaign tours. He speaks on the NBMA, PMB Administration and APC’ s Chances in Delta State and Nigeria At The elections.

In some quarters, it is said the President Muhammadu Buhari Administration didn’t live up to expectations in major areas, how would you react to this?

First of all, it is impossible for a government to do all that needs to be done, especially with the limited time frame to serve. What should be considered is what the government met on ground, and the steps it has taken to address the issues.

The Buhari Administration came into being at a time when the country was beginning to really feel the effect of the mediocre leadership exemplified over the years, and we must understand that the government of the day also had its unique challenges in addition to the ones it met on ground.

So what should be assessed is how the government has been able to respond, and as far as that is concerned, the Buhari Administration has not done badly at all.

Many may not agree with you, perhaps you could highlight areas the government has done well.

There are many things the government of President Buhari has done, physically, institutionally and constitutionally, and if we go one after the other, this interview will be endless. The Completed Second Niger Bridge is one, the Payment of salary arrears of Nigeria Airways Staff, former Steel mill Workers, former Biafra Agitators, the introduction of Home Grown School Feeding Programme which has provided meals for a lot of School Children, are there too.

We also have the introduction of the New Electoral Act which provides for more credible elections now and in future, the reintroduction of History as a subject to our schools, the standardisation of the Airports across the country, the faithful execution of the Treasury Single Account, which has made agencies more accountable with increased financial integrity, The NDDC Forensic Audit, etc, to cite as part of governments seriousness.

Many fault the government for not being able to address Insecurity and the record of kidnappings and terrorism seems to excuse this thinking, how would you assess the federal government’s effort so far?

Of course, the government is responsible for the security of lives and property and the incidences of terror attacks are saddening, however I don’t believe that it is enough to say it failed. This year alone, the security architecture was injected with billions and this led the purchase of Fighter Jets, Combat Vehicles, Drone Security Machinery and a general beefing up of our systems, not forgetting that Salaries were also increased and the government approved a new Minimum Wage for the country.

When we consider that there was a time over 2billion dollars security funds were misappropriated by the Past Govt, I’m sure we’d give credit to President Buhari for his efforts so far. Security is everyone’s business, the people must also be informed by their State governors on how funds allocated for security of lives and property is spent by the state, the federal government alone can’t do it all.

The NBMA is a relatively new agency, how would you consider the performance of the Agency thus far?

The NBMA was established in 2014 and became operational in 2015, with my humble self as present and pioneer DG. We had to build from the scratch and start with the basics of recruiting staff that will be able to drive the vision and deliver the mandate of the Agency. Today, in its 8th year the Agency has a lot of achievements under its belt including the development of the first ever Nigerian And African Biosafety Policy And Action Plan, adjudged to be the best in Africa.

Also the NBMA under the Buhari Administration has successfully amended the establishing Act of the National Assembly, to broaden the scope of the NBMA to cater for Biosecurity regulation. I’ve also been able to see to the functionality of NBMA to be a revenue generating agency, which would hugely impact the IGR base of the country in coming years. If you dig further, you&#39;d discover that the achievements of the NBMA thus far, is good reason to vote for APC

As a member of the APC how confident are you of the Party’s Victory at the 2023 polls, especially with the level of youth involvement this time?

Dr Ebegba: whether young or old, if we are to assess the candidates available for election into offices across the country, it’s clear that the APC Candidates stand out as better, more capable and more popular.

Our Presidential Candidate Senator Bola Ahmed Tinubu is the best material available, having been a member of the Legislature and Executive. He also laid strong foundations whish have made succeeding government’s in Lagos continue the success trail. From the campaigns so far, The Bola Tinubu /APC Campaign machinery has put up an issues based campaign with a Manifesto that details its focus and plan of action. Asiwaju Bola Tinubu is the most superior candidate on the ballot, and his running mate Senator Kashim Shettima is also a man with knowledge of the executive and legislature being a former governor and sitting Senator. This gives a very effective combination. The engagements also have featured every section and have been across board. So victory is ours.

What Do You Think Of Peter Obi and LP?

Mr Peter Obi has a right to aspire and there are those who think he’s good enough. However, I am not one of them. You see, at this point Nigeria Needs Continuity because a lot of positive foundations have been erected. The successes of the President Muhammadu Buhari Administration need to be improved upon and the economy needs to be structured rightly.

Among the candidates, Senator Bola Ahmed Tinubu is the best option for the above issues listed, and a Peter Obi will not fit into that role because of his past records, which don’t seem adequate in experience and practice, to be a launch pad for the Job of the President.

In Delta State, the APC seems to be more forceful about winning the gubernatorial elections this time, how do you see this?

Delta APC will take over Delta State because the level of advancement the campaign has indicated is unprecedented. The Gubernatorial Candidacy of Distinguished Senator Ovie and Rt Hon Friday Osanebi is a masterstroke that the PDP did not see coming, and as an opposition we are encouraged by their performance in office.

Senator Ovie Omo-Agege is presently the best Senator Delta Central and Urhobo Nation has produced. His activism and the benefits to the Senatorial District are notable and undeniable, so it’ll be foolhardy for us to settle for less. Agege is the best.

There are strong echoes that Delta State is A PDP State and that APC Can’t Break It, What Is Your Reaction?

That is a fallacy. Delta Is Not A PDP State. The reality is that most people who are in the political space in Delta State had no choice but to be affiliated with the PDP at some point, however today we can see very clearly that the indices are not the same.

The Deputy Senate President is our Gubernatorial Candidate, the former Deputy Speaker of the House Of Assembly is our Deputy Governorship Candidate, The sitting Senator from Delta North is on the ballot. We also have Former Speaker of the House of Assembly Rt Hon Victor Ochei as a Major Leader in Delta North, Madam Lauretta Onochie the NDDC Chair is also from Delta State, The Minister of State for Labour and Productivity Festus Keyamo SAN, Stella Okotete of NEXIM etc are all members of the APC. How then can anyone say that Delta State is A PDP State?

There have also been records of decampees trooping into the APC in their numbers, this can only be because they know the party is the winning team. This election will show that a lot has changed.

Your motorcade rally was a huge success, what inspired it?

When you believe a cause, you have to show commitment by actively getting involved to see that it succeeds. I’m a party leader and a Member of the Campaign Council, I share in the vision of a New Delta state championed by Senator Agege and the Motorcade Rally was one of my ways of support and solidarity.

Campaigns should not be left to the candidates alone to fund and mobilize, we must contribute in our little ways to ease the burden and show support, God willing, we ’ll do more for the patty and for the people of Delta State.