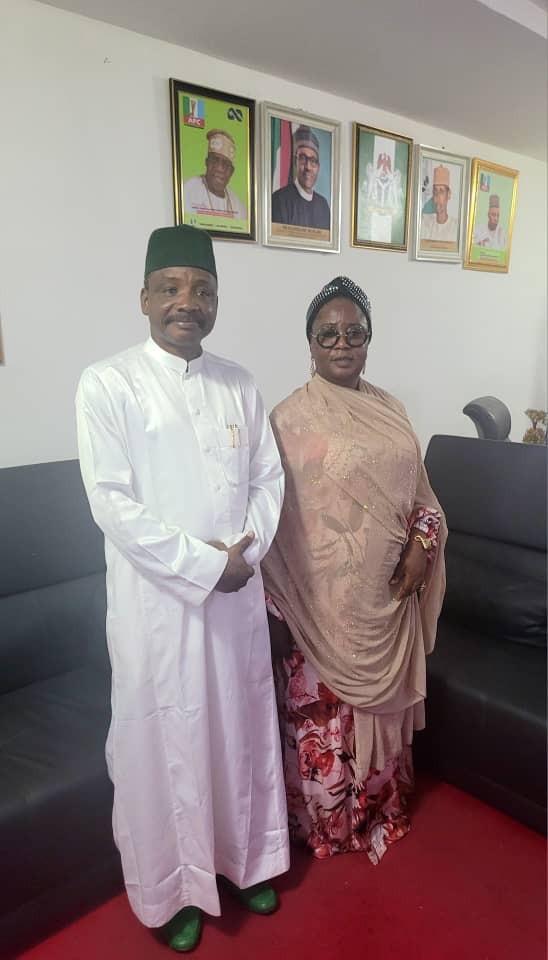 Towards clinching towering successes at 2023 elections, the Iyaloja of the Federation, Erelu Folashade Tinubu-Ojo has expressed desire to partner with the Amalgamated APC Support Groups(AASG) in the quest for overwhelming electoral victories at the forthcoming serial poll.

She revealed this while interacting with the Director-General/National Coordinator of the group, Dr Nasiru Ladan, during a courtesy visit to the organization’s national headquarters in Abuja.

Erelu Tinubu-Ojo said: “It is our desire to partner with this group, which can best be described as a silent potent driving force in the APC’s quest for a sweeping electoral triumph”.

In his response, Dr Ladan affirmed his explicit thirst for partnership, with such a nationwide group, as the market association, with an outstanding prolific mobilization amazon, in the mould of Erelu Tinubu-Ojo at the helms.

He further declared, “I am enthused at the prospects, of a complementary synergy with the market union, a group which boasts national pervasive reach. Such a collaboration will undoubtedly, augur unprecedented victories at the 2023 elections”