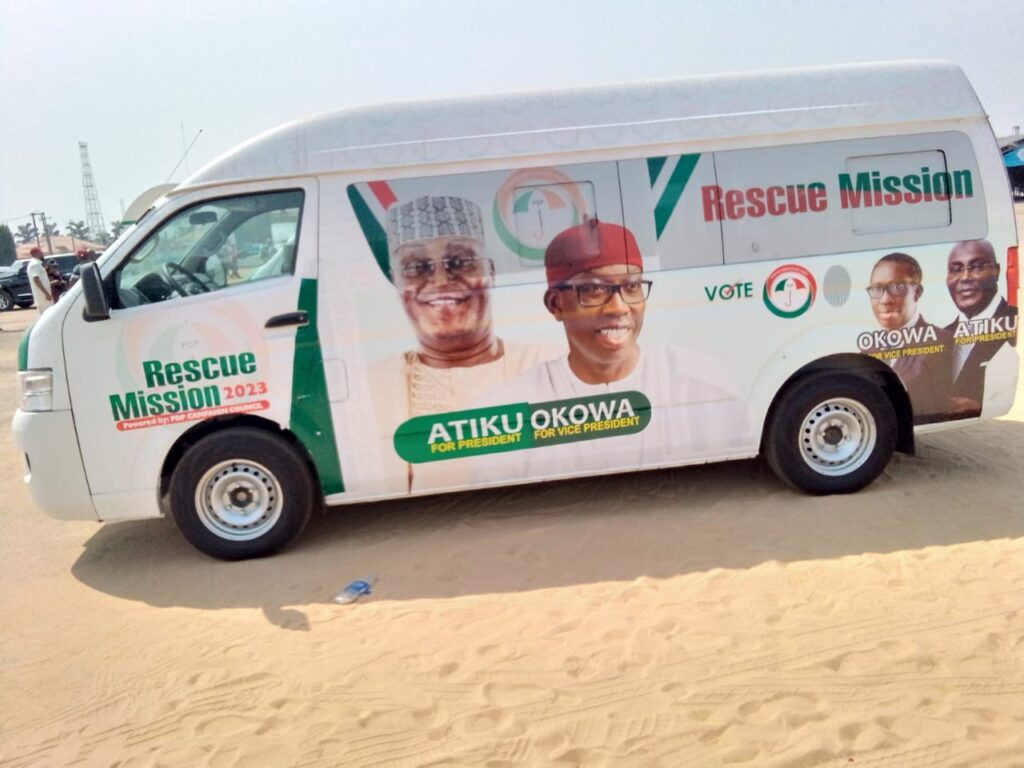 Each of the brand new 15-seater buses was delivered to the PDP LGA campaign co-ordinators by officials of the State Campaign council led by the Director of campaigns, Rt. Hon. Funkekeme Solomon to enable members of the campaign teams to move from village to village, community to community.

Speaking to journalists at the event which took place at the Cenotaph, Asaba, Rt. Hon. Solomon, with who were Dr. Paul Oweh, Director of Administration, and Dr. Ifeanyi Osuoza, Deputy Director, Publicity of the Council, said the party’s grassroots campaign is starting in earnest and that the delivery of the vehicles was to help give impetus to PDP’s grassroots based campaigns in the units and the local government areas. “They are not vehicles for personal use, but for each campaign team; about 14 of them will enter the vehicles. They will go from ward to ward , unit to unit to deliver the PDP messages that have been put down in the various campaign grounds, but which may not have reached the entire grassroots. This is what the vehicles are meant for. The vehicles are properties of the Campaign Council,” Rt. Hon. Solomon said.

For the riverine areas that would require water transportation, he said there is a special arrangement for that. “These vehicles are properties of the Campaign Council and they are to be used strictly for the campaigns, speaking the local languages to the markets, and other groups.” the Director of Campaigns stressed.