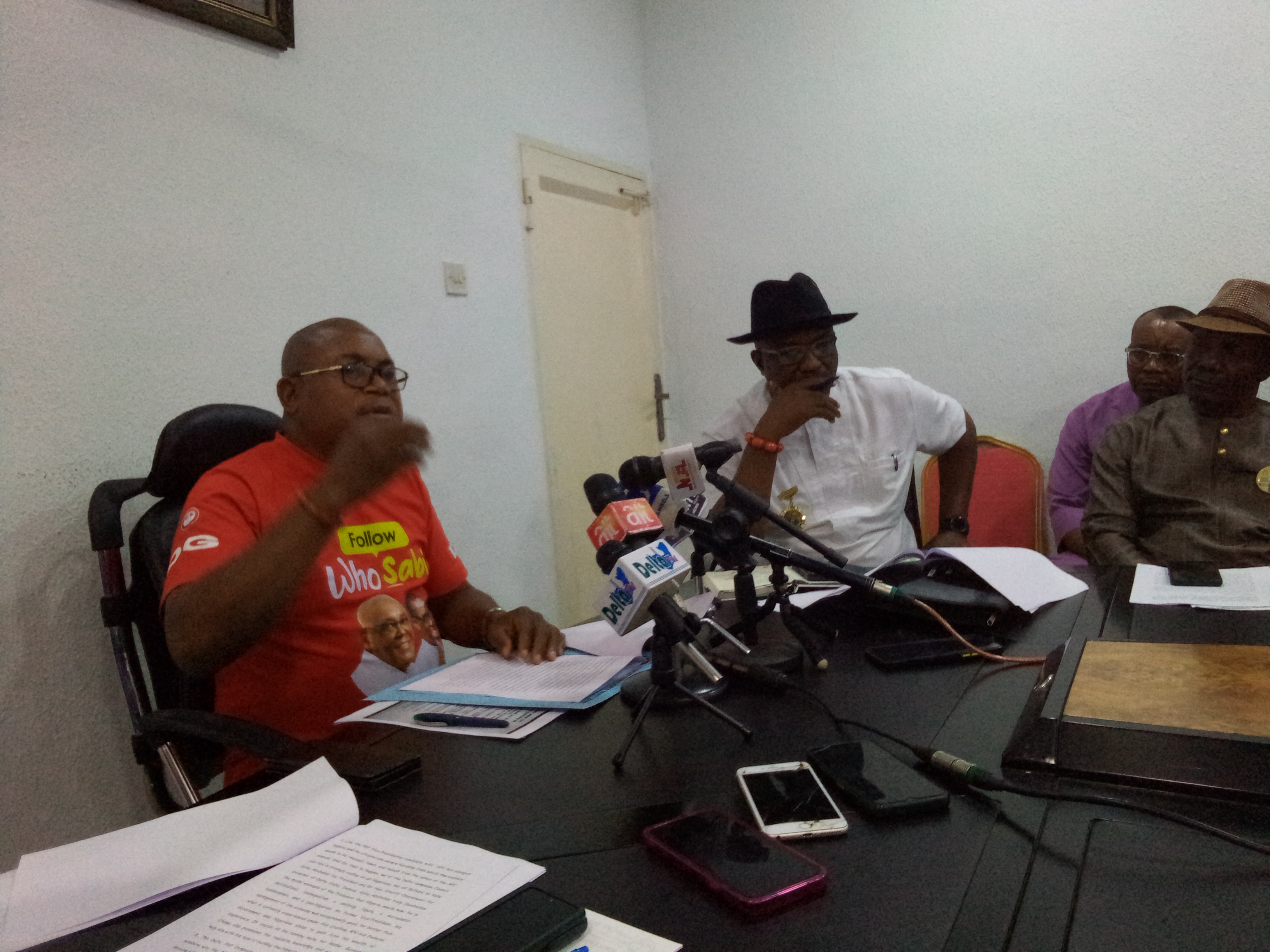 Campaign Council of Peoples Democratic Party (PDP in Delta State has called on its supporters, faithful and members to turn out en mass and give rousing welcome to the National Campaign train when it lands in Asaba, the state capital on Tuesday, January 24th, 2023.

State Director of campaigns, Rt. Hon. Funkekeme Solomon made the call while addressing a press conference on Wednesday to intimate the people of the state about the positive developments that the campaign committee has had so far having successfully visited all the 270 wards in the state as well as 23 local governments out of the 25 in the state. ”Bomadi and Warri North Local Governments which are yet to be visited would be covered in due course,” he said.

Rt. Hon. Solomon said the grassroots campaigns was necessary because it afforded PDP the opportunity to go back to the people who appreciated the value added to the state by the various administrations of Chief James Onanefe Ibori, Dr. Emmanuel Ewetan Uduaghan and the Dr. Ifeanyi Arthur Okowa administration.

He said: “Our mission was to go to the people to ask them to renew our mandate because no one changes a winning team. We needed to reach the grassroots with our message of Rescue, Reset and Rebuild Nigeria as well as advancing Delta.

“I dare to say that the messages were well delivered to our teeming supporters who now look up earnestly to vote for PDP and all its candidates from the presidential, Senate, House of Representatives to the Governorship and House of Assembly candidates.”

Solomon said the people through the enthusiastic reception given to the PDP campaign train understood that the All Progressives Congress-led Federal Government had failed this country.

Pointing out that the failed APC federal Government came to power on the mere promises because it had no party manifesto, Rt. Hon Solomon, listed 16 item areas in which the APC government failed to fulfill promises it made to Nigerians in 2015. According to him, the APC in their promises which they failed to fulfill said in 2015:

Solomon said from the foregoing that it is clear that APC is a fraud having come to power through promises they made but failed to fulfill.

While also commending the media for partnering with the Campaign Council with their reportage and creating awareness of the campaign events, he announced that the Vice Presidential candidate of PDP who is also Governor of Delta, Senator Dr. Ifeanyi Okowa was also always at the local government campaigns. He said: “As we salute PDP faithful and supporters in Delta State, it is important to call their attention to the issues raised by our leader, Governor Sen. Dr. Ifeanyi Okowa , especially as Nigeria contends with unabating insecurity, rising hunger and poverty, an economy plagued with huge debts, prostrate education, acutely exemplified by long closure of tertiary institutions, the abysmal state of Federal Roads across the country, and the scuttling of the structure of unity of this nation.”

Gentlemen of the Press,

It is my pleasure once again to welcome you all to this Press Conference, the first in the Year 2023, and to wish you all a Happy New Year. This Press Conference is called to intimate you about the positive developments that the Peoples Democratic Party’s Campaign Committee has had so far.

(b). APC destroyed Nigeria from 2015 to 2023 and therefore has no moral basis to ask for another tenure from Nigerians.

(c). Only the PDP can rescue this country and reset it on the path of abundance, stability, and prosperity.

This is our charge to Deltans and Nigerians in general, Vote for PDP candidates all-the-way