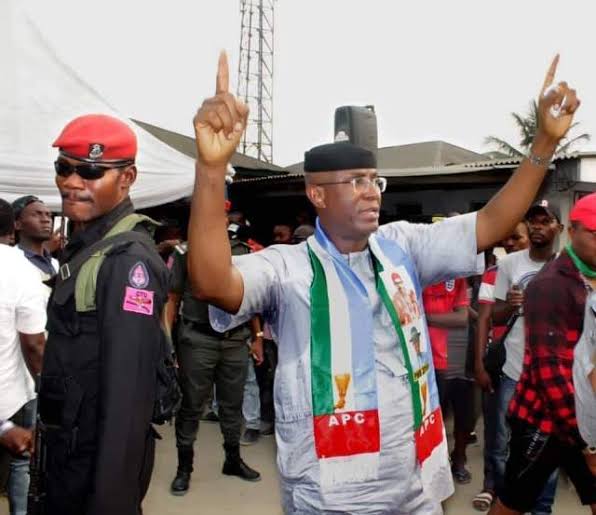 The saying that a ‘General who goes to war without troops is only taking a walk’, is both timeless and possesses very far-reaching implications in politics.

Unfortunately, it appears this sagely truth is lost on Senator Omo-Agege who has unwittingly alienated his party’s core foot soldiers and stalwarts only to be found around town gloating that he has at last, successfully poached some band of irredentists or turncoats from the PDP.

I really wish that Omo-Agege understands that quality, motives, capacity and quantity of defectors matter the most in winning elections especially at this crucial time that the elections are here with us.

The question is: who are these defectors? What do they have to offer in their new Party? What’s even their intent for joining the Party? The questions go on.

Omo-Agege has failed to acknowledge that these so-called defectors who left the PDP can never compensate for his loss of the likes of Sylvester Imonina, Otunba Nick Ovuakporie and other bigwigs who have left or remained ominously silent and withdrawn simply due to his tight-fisted dominance of the Party they largely built before he joined as a sulking defector.

In any case, these defectors, in every sense of the word, are just like him.

Like him who has backstabbed almost all his former Parties and benefactors, they’re obviously ingrates who express no qualms in backstabbing the Party that gave them clout, wealth, fame and all just because they’ve been asked to relax awhile from their gluttonous or rapacious participation, at least, for the other critical stakeholders (who have equally helped in building the Party), to benefit from their labours.

If indeed Omo-Agege is daydreaming that these folks will throw victory into his lap, he may have lied to himself.

They like him, have no valid followers moving with them to their newly-found love of a Party. Moreover, the bile, hate and disaffection inherent in them are certainly going to exacerbate the already toxic APC where bad blood and disaffection have literally turned it into a mockery and scum of human associations.

Of course, it will also take these defectors ages to fit into the political empire where Omo-Agege rules and reigns as the unchallenged emperor.

Worse still, for such folks who are highly intemperate when it comes to accommodating any party decisions that do not go their way, it’s to be seen how they, who equally complained of lack of internal democracy in the PDP, will be able to cope with contending with the maverick and boisterous Omo-Agege as co-captains in a ship already in a tempest or turbulence.

By and large, it’s never going to be Uhuru for Senator Omo-Agege who, rather than go to the electorate (especially at the grassroots) to woo and market himself, is jostling or yearning for spent forces of rival Parties.